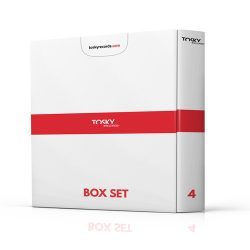 Although not a gypsy by birth, Romane benefited from interactions with gypsy guitar players from an early age and especially learned from the recordings of Django Reinhardt, to whom he has remained a faithful heir through the course of his career. However, this respect does not hinder him in any way and does not prevent him from composing original pieces in the gypsy jazz genre. His discography shows a desire not to remain rigidly fixed in the style but also to move forward, whether by the choice of musicians, accompanying instruments or the choice of whether or not to amplify his guitar. He has performed in a range of settings, from duo to sextet: for example, the group Django Vision or the Romane Acoustic Quartet. His partners on recordings range from Florin Niculescu to Didier Lockwood, Tchavolo Schmitt, Angelo Debarre and Stochelo Rosenberg. Romane also works in the educational field, having published several methods of guitar, opened a school of gypsy swing music (the Swing Romane Academy[2]), launched a magazine (French Guitare) and was the first director of the Village Musiques Actuelles ATLA[3] founded by Noëlle Tatich in 1994. His son, Richard Manetti, also pursues a career as a jazz guitarist and gypsy swing performer. They regularly perform together on national and international stages. His younger son, Pierre, is also a talented guitarist.