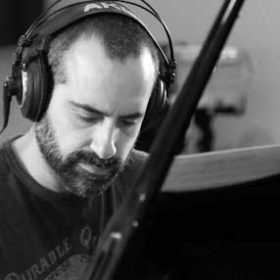 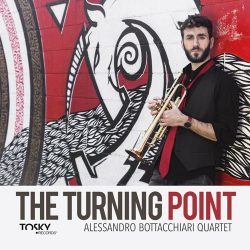 Born in Bergamo in 1984. At the age of six he began studying the piano. At the age of sixteen he started to play the trumpet and he graduated in Classical Trumpet from the “G. Donizetti” Conservatory of Music in Bergamo (Italy) and later he gradueted in Jazz Trumpet at the “G. Verdi ” Conservatory in Milan under the Master Giovanni Falzone. He attended several masterclasses guided by renowned trumpeters such as Reinhold Friederich and Gabriele Cassone. In the classical music he specialized with Roberto Rivellini (II trumpet at ONS Rai), in the jazz music he studied with Sergio Orlandi, Kyle Gregory, John Barclay (professor of jazz trumpet at the Royal College of Music in London). From 2005 begins his collaboration with the “Jazz Company Big Band” directed by Master Gabriele Comeglio and with the “JWOrchestra” directed by Master Marco Gotti. Over the years he had the chance to play with great musicians, such as Bobby Watson, Lew Soloff, Bob Mintzer, Dave Weckl, Fabrizio Bosso, Gianluigi Trovesi, Gigi Cifarelli, Pee Wee Ellis, Tony Arco, Tino Tracanna, Marco Vaggi and many others. In 2005 he played in the national tour with the “Montecarlo Nights Orchestra”, with Master Emilio Soana. He played with the “Jazz Company Big Band” at the theathral show of Massimo Lopez, performing in the main Italian theaters. He is currently a permanent member of the “Montecarlo Nights Orchestra” which has as its leader “Nick The Nightfly”, performing periodically at the Blue Note in Milan. Over the years he had a chance to perform in some of major italian and international jazz festivals like “Bergamo Jazz Festival”, “Padova Jazz Festival”, “Iseo Jazz” and in 2015 at the “Malta Jazz Festival” soloist trumpet with the project “The Fringe Youth Ensemble” . He currently teaches trumpet and music and he play like freelance as a sideman and soloist in different formations, from the small combo to the big band.